This week I visited the Dorset town of Chideock after realising that Dorset is the only county that does not have a motor way, my journey up taking over 5 hours after leaving at 7.30 am, showed me why Dorset desperatly needs one.

The journey up was meant to take a measly 3 hours, and all was going well until we stopped of at Ringwood to take the dog on a walk, when the traffic decided to build up on the road next to us so that we had nothing but sitting in a traffic jam for the rest of the journey.

Dinner was late the first night as a BBQ from Argos took a while to construct as the parts were extremly wobbly. When me and my friend, Matt had eventually constructed the dodgy contraption, it was lit immediatly due to hunger, only for the poor neibours to remove their washing from the line as the windsheild, designed by Argos didn't seem to stop the smoke from gassing the neibours... the burgers were nice though.

On tuesday we had planned to go and see Bridport town FC against Exeter Youths, Bridport were unbeaten before the game having played fixtures such as beating Dorchester 3-1 and drawing with Plymouth youths. Bridport play in the same colours as Lewes FC and it felt remarkably welcoming, with Lewes playing on the same night againt Hampton (3-2 win!) I could have been forgiven for thinking I was there.

On the day of the game we went to Hugh Fernly Whittingstalls resturant in Axeminster where i dulged into a £8 cooked breakfast which was very tasty although I could have done with more, but that is posh food places for you, unlike our day at Splashdown in Bournemouth where it was KFC for lunch and 'Maccy D's' for lunch.

The game started with Exeters young players outplaying Bridport with their beautiful passing motion which was quite a shock to see the young under 18's doing, however Bridport soon found their feet and looked good through their left back's pace running down the left causing Exeter big problems.

However it was Exeter who took the lead when a clever one two set the midfielder up on the edge of the box where he calmly side footed it into the very bottom right corner.

Not long before half time I went to get the burgers as Bridport had made an announcemnt that they would not be taking any more "orders" at half time. However in doing so I missed two goals, I completly missed the Bridport equaliser and I caught a glimps of Exeter taking the lead again literally on the half time whistle. A free kick was given on the left of the box where a simple ball was chipped in to the box for a youth player to head the ball home.

Despite the set back, Bridport were encouraged by the goal that they scored and battled on eventually levelling the game.

The Exeter sub goalkeeper was kept very busy and nearly caused trouble when a ball came in to the box and the young keeper rushed out for unnecissarily only for Bridport to win the ball and a shot was well blocked keeping the score level.

With only a minuet to go at 2-2 Bridport were confident of keeping up their unbeaten record in pre season, however Exeter were on the attack under the blare of the extremly bright floodlights. The youth team played a low ball into the box which was deflected out where the same midfielder was given far too much time to hit the ball home again to surely give Exeter the win.

But yet again Bridport were not giving up and had a penalty shout moments later when an Exeter substitute slipped in the area and handelled the ball, however the referee claimed not to see, much to the disturbance of the three old women sitting behind us who gave us a laugh with their constant noises throughout the match, this decision drawing a particularly memorable "oooohhhh" 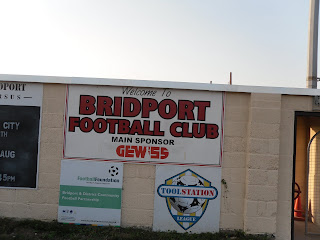 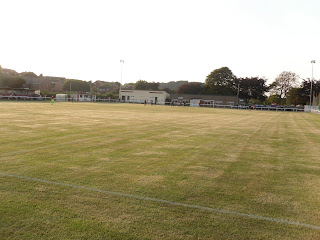 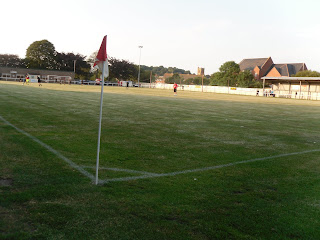 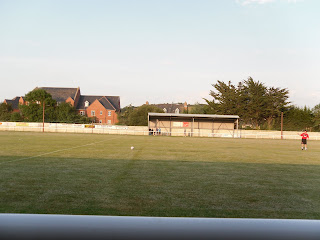 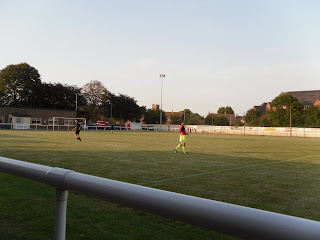 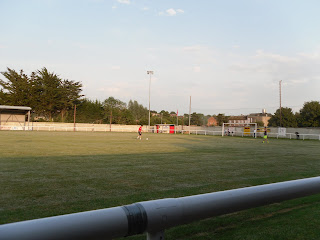 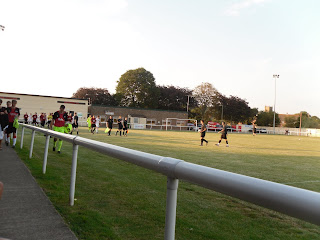 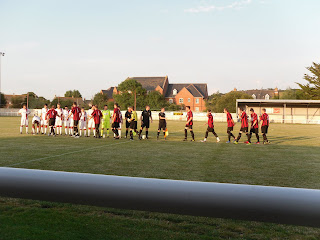 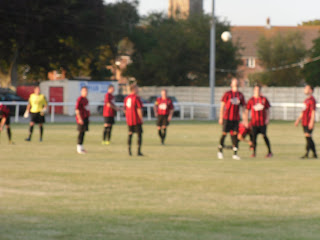 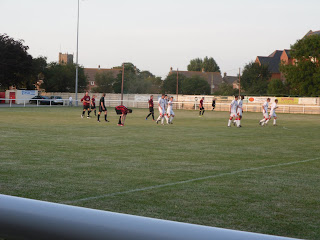 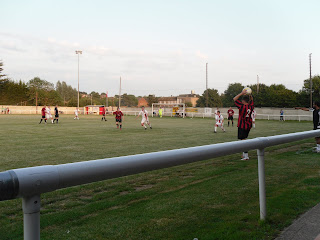 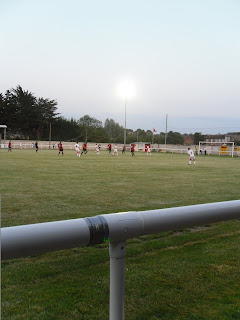 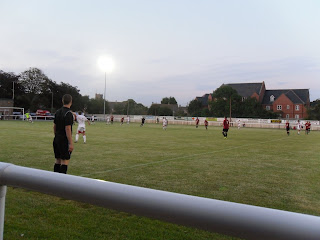 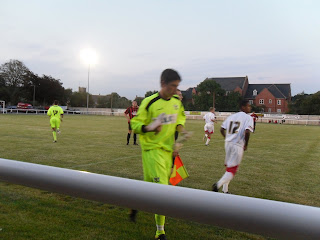 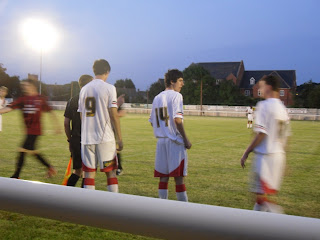 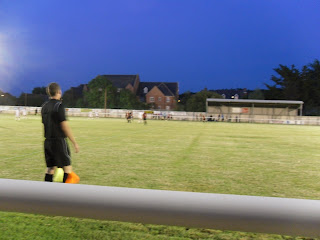 However, Bridport did eventually get their penalty when a Exeter challenge appeared to win the ball but maybe the referee regretted his earlier decision and so awarded Bridport the penalty which was calmly slotted away by Dan Wise to maintain Bridports unbeaten record.
Posted by Joe Betts at 07:15