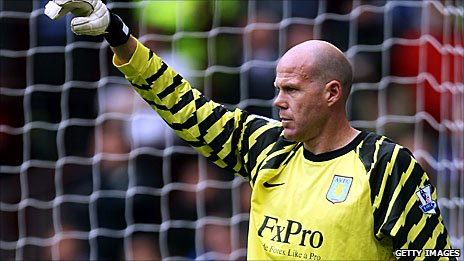 Aston Villa goalkeeper, Brad Freidel, who's contract ran out at the end of the season has agreed a deal to join Tottenham, prompting suggestions that flukey goalkeeper, Gomes will leave the club.

The American international aged 40 has signed a two year deal with the London club after speculation surrounded over his future at Aston Villa. Friedel has plenty of experience in the Premier League having joined Liverpool from Columbus Crew, then becoming a fans faveouite with Blackburn before finally moving to Villa and now moving to current club Tottenham.

It is now expected that Gomes will leave, however Redknapp has suggested that he is there to add more experience and provide "competition" for Gomes and Cudicini, who has also just signed a new contract with Tottenham.

"It is good to have three such experienced top goalkeepers at the club in [Heurelho] Gomes, Carlo [Cudicini] and now Brad.
"It means we have competition for places, particularly with the number of games we'll hopefully face next year." Said Redknapp of his new signing.
Posted by Joe Betts at 03:48